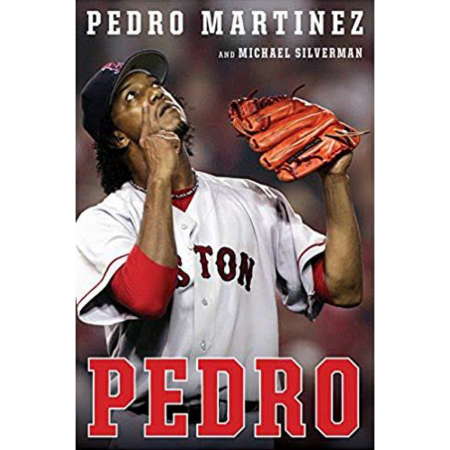 From the Back Cover
There is little the eight-time All-Star holds back about any subject as he offers a revealing look at a colorful career . . . The intimate details Martinez offers up from both inside and outside the clubhouse make the book a winner.Washington Post

Pedro Martinez entered the big leagues a scrawny power pitcher with a lightning arm who they said wasnt durable enough, who they said was a punk. Yet Martinez willed himself to become one of the most intimidating pitchers to have ever played the game, an eight-time All-Star, three-time Cy Young Award winner, World Series champion, and Hall of Famer.

In Pedro, the always colorful pitcher opens up to tell his remarkable story. From his days in the minor leagues clawing for respect; to his early days in lonely Montreal; to his legendary run with the Red Sox when, start after start, he dazzled with his pitching genius; to his twilight years on the mound as he put the finishing touches on a body of work that made him an icon, this memoir by one of baseballs most enigmatic figures will entertain and inspire generations of fans to come.

This is the beauty of this book, the machinations of a modern pitcher’s mind . . . Knowing and gritty, this memoir shouldve been printed on rawhide.Los Angeles Times

MICHAEL SILVERMAN is a baseball columnist for the Boston Herald. A former national board member of the Baseball Writers Association of America, Silverman has had a vote in the Hall of Fame since 2007.

Feast with 45 at Fenway Tank